Kevin "K.O" Olusola - so much more than beatboxing

I doubt this man needs an introduction. Pentatonix were everywhere, impressing with each innovative flawlessly executed arrangement. But Kevin ("K.O") Olusola, their beatboxer has such an interesting background it stretches way past acapella and reveals a very interesting way of thinking about music beyond genre.

Avid fans are already familiar with his abilities, since he was spotted by his Pentatonix colleagues after his video of cello and beatboxing (celloboxing) went viral. Now that the members are doing their own thing, he is coming up with some cool stuff on his own. While much like the vocal group he is focusing on covers, there is still a glimpse of what he can offer as an original artist. I just love the way he plays, so much nuance and soul. He just feels it.


Olusola went to prep school (Phillips Andover), and later played as a principal cellist in his university's orchestra during his time at Yale. Aside from beatboxing and cello, he's also got an interesting background in saxophone and Chinese studies.

Here's his take on the classical canon "Dona Nobis Pacem", with which he won second place in Yo-Yo Ma's collaboration competition, which he classifies as "Classical Contemporary"

He actually brought Bach to a teen Pentatonix audience, respect


I'll share his most recent project, loop-based solo covers that just once again highlights how intelligent, thoughtful, creative and naturally talented this guy is. (and in his own right, a fantastic singer! is there anything he can't do??) 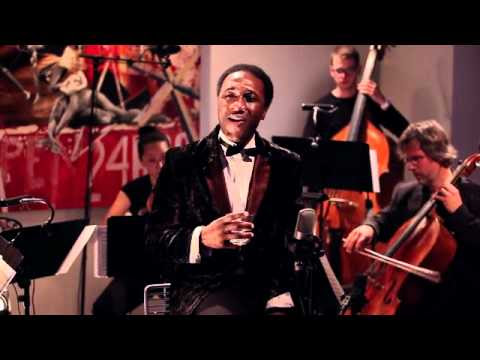